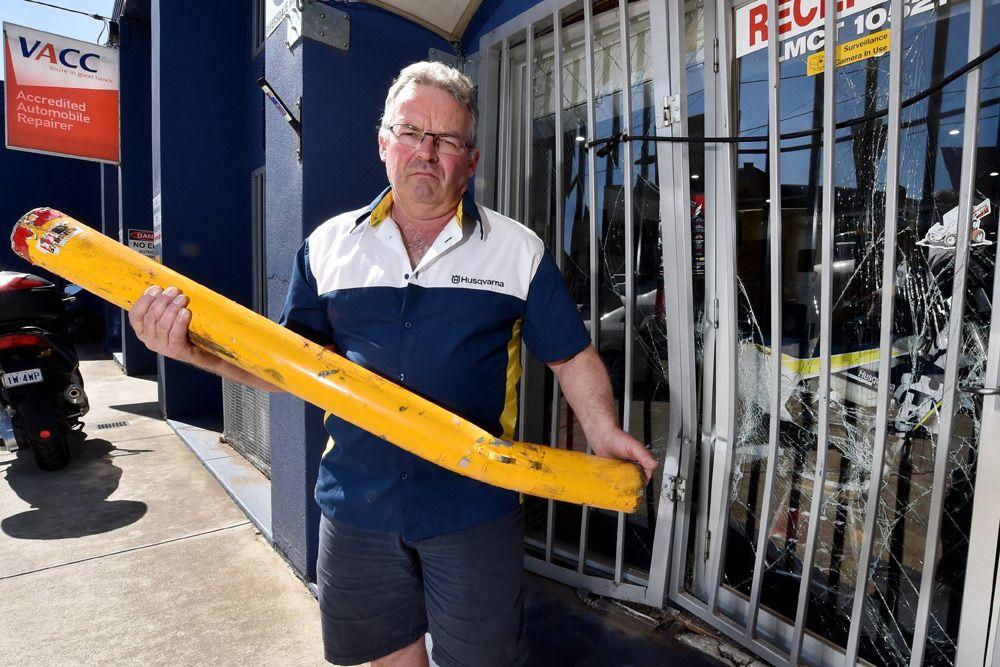 Thieves crash their stolen 4WD Hilux right through the bollard, penetrating the shop front and make off with a showroom full of dirt bikes.

The Hilux couldn't get past the bollard and became impaled on it. The Hilux was stuck, so the thieves panicked and ran off, leaving the shop intact and the vehicle to be recovered. We're discussing Barrier Group's 90mm Removable Bollard. It has a 5mm wall thickness. As shown, it can repel a reasonable knock, but will bend when enough force is used against it. And that's the beauty of its design. The vehicle bending it will be captured and the building will still be locked. No easy target there.

This also demonstrates how effective it is to have a bollard (or its steel sleeve) embedded in the concrete. A bollard can be sheared off by a vehicle if it is only attached to the surface, or is so thick it will not bend on impact. Once that happens, your building is undefended.

That bollard can be fully installed for around $700. That's a pretty small sacrifice compared to the cost of having the building ransacked and emptied. No wonder this business owner was satisfied.

As for the thieves, they panicked and ran. There's no way they'll attack another building protected by bollards. Which is why we recommend they be installed on the outside of the building.

Barrier's Ram Raid Bollards – they're not a cost – they're a saving!